The most famous football players who are great in poker, too

Find out more details about the biggest football names in the field of poker online. Check out the football players who are keen in both: football and poker tournaments.

When it comes to online gambling, people usually think off two things – sport bets and online poker rooms. Indeed, these two forms of gambling seem to be the most exciting and popular ones. However, on the other side, we bet you cannot connect football players with professional poker online players, right?

You are wrong. It seems that there are many famous football players who are not good only on the field, but in poker, too. Today, we would like to pay a close attention at some of them. You will be very surprised to learn that these guys are real gamblers, but mostly that they are keen in poker as much as they are keen in soccer.

This well-known Barcelona star has been recently showing some truly amazing skills in poker, too. The defender has won a couple of great live tournaments in poker. What he claims, though, is that unlike in football field, where he is not so aggressive, in poker, he loves getting aggressive when having guaranteed great hands.

This absolute football star has been a poker event lover for many years. It’s an interesting fact that during his trip to Bahamas once he was invited by a fan on a poker tournament. Ronaldo was not in a mood, but did not want to disappoint his fan. He eventually played the tournament for a couple of hours and left the table with more than 40 thousand of USD.

The Danish football star is a real fan of playing poker online. Currently, he even has his own blog with some poker tricks and strategies explained to his fans. The football player has won a lot of tournaments. He shares with the press that back in the days when he wasn’t a big star in football he once won a poker prize of nearly 2 thousand of USD. It was the start of his semi-professional poker career.

Basically, we know him from Liverpool, but across the poker audience people know him as a real sly dog. This football player prefers to attend live poker rooms, but he doesn’t refuse any VIP poker tournament invitations from the most popular online poker websites, either. The biggest prize he has ever won in a poker room is at an amount of more than 10 thousand of USD. Molby doesn’t play any football anymore, but he’s still very keen in poker.

What do you think? We guess poker and football are quite related, don’t you? By all means these are some of the most loved games of all times although they are coming from completely different fields! 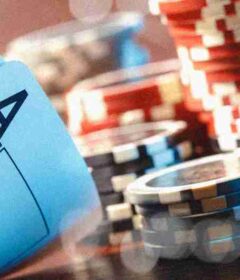 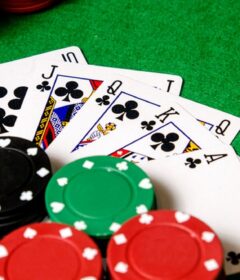 Amateur poker tips that you should not miss