Some Unknown Facts about Playing Cards

Playing cards are one of the major media through which gambling is done. We all know playing cards but do you really know what is the meaning behind the different properties of a deck of card? Let’s try to know some of them.

Fifty-two cards of a deck represent 52 weeks of a year.

What is the meaning of two colors that is red and black only?

The two colors of a deck represent day and night. Redone shows a day and the black one shows a night.

What do 4 suits of the deck represent?

The four suits of the deck represent four seasons of the year that is summer, winter, fall, and spring.

What does the 12 face cards or courts symbolize?

In a deck there are 3 different face cards for each suite and for all 4 suits there are 12 courts. These courts symbolize 12 months of a year.

Why there are 13 values for a suite

The 13 values of a suite represent the 13 weeks of a quarter of a year or 13 lunar cycles.

All the four kings of the cards represent the identity of 4 different kings which were the great rulers of in the past.

The king of a spade– The king of spade represents the king David Blaine and who was a symbol himself for the victory of righteous over the mighty ones.

King of the heart-the king of the diamond represents a Roman emperor Julius Caesar who was also a great king of his time but was killed by his Brutus, his most loyal friend under a conspiracy.

The king of heart- The king of the heart represents the French ruler Charlemagne who unified the franks. He was also known as a great hero who established the Carolingian Empire.

Why the print of  Ace of the spade is slightly bigger?

The print of spade card is slightly bigger as in past the selling of a deck of the card was instructed to be done only after paying tax and the proof of that the tax is paid is done in the form of a stamp on the highest card of the deck which made it look slightly bigger that time. It also continues now. 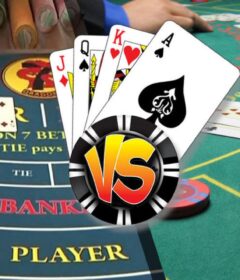 Baccarat Or Blackjack- Which Game Has the Better Odds? 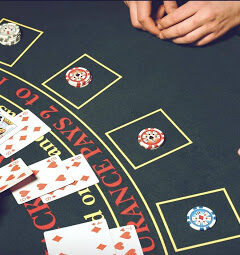 Gaming in Many Types of Card Games